This is a captivating novel about a woman’s quest to discover why she had witnessed such fear on her mother’s face when she saw, what the daughter thought was, a stranger at their home.  The circumstances that arose from this fear kept the two from ever speaking about the incident until after her mother’s ninetieth birthday. This book is takes you from the present to the past and back again many times, intricately weaving the bits and pieces together until the stunning conclusion.  No doubt, you will enjoy this book as much as I have; I will be reading more books by Kate Morton.
~ Beckie

Posted by The Librarians at 4:02 PM No comments: 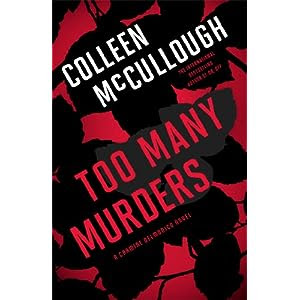 By Colleen McCullough
Audiobook format
It is April 1967 in Holloman, Connecticut, where 12 murders have taken place in one day in this normally quiet town. Chief of Detectives Carmine Delmonico finds himself in the middle of the investigation of these seemingly unrelated murders that are entwined in a web of secrets.

I didn't realize that this is the sequel to 'On, Off' until I was half-way through the audiobook, but I never felt confused about the characters or elements of the story.

'Too Many Murders' has mystery, murder and espionage, while maintaining a warmth in the interactions between the characters. One criticism of this book is that there are too many characters to keep track of; I disagree, but I would say that the reader needs to pay attention - this isn't a light read.

~ Paula
Posted by The Librarians at 4:12 PM No comments:

A Star for Mrs. Blake 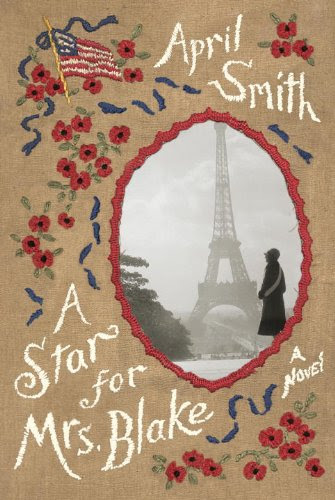 During WWI, when a soldier was killed overseas, the surviving families had the choice of bringing them home for burial or to have them buried in the country where they fell.

Between 1930 and 1933, the US Department of War provided an all expense paid trip to the mothers of these soldiers so they could visit their son’s final resting place. They were called the “Gold Star Mothers”.

This story follows a group of five women whose sons lost their lives in a battle in Verdun France. Grief becomes the uniting factor of “Party A” consisting of Cora (the Mrs. Blake named in the title), Katie, Wilhelminia, Minnie, Bobbie, the Army nurse Lily and the only man in the group, the Lieutenant Hammond, who is to guide the group. This story explores each woman, her background and how they relate with each other.

Cora is interviewed by a journalist who writes her story and sells it to a French newspaper. It creates enough interest that the newspapers want a follow-up story. This opens up doors that Cora never dreamed of. More excitement meets the “Gold Star Mothers” when they have a picnic near a battlefield where their sons fought. Each mother comes to terms with her terrible loss and is forever changed by her “pilgrimage”.

~ Dixie
Posted by The Librarians at 3:40 PM No comments: 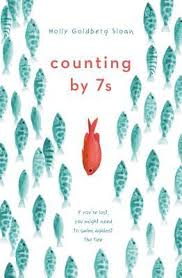 This is a tween novel that I couldn't put down even though it is, at times,  heart-wrenching.  Twelve-year-old Willow Chance is an adopted mixed-race girl with loving white parents.  Willow is the child who is super-smart yet friendless - very mature and engrossed in her interests in lieu of hanging out with friends.  She takes an achievement test, aces it, is accused of cheating and is required to have sessions with less-than-competent school counselor Dell Duke.  While waiting for one of her sessions, she makes a friend in Mai Nguyen.  When the unthinkable happens, Mai and her brother and mother, and even Dell Duke come together and save the day for Willow even as she saves them back.

~ Linda
Posted by The Librarians at 2:15 PM No comments: 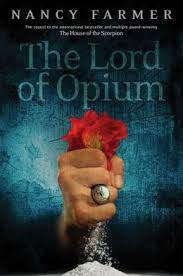 El Patron is dead and Matt, his young clone, is now expected to take over the corrupt drug empire   Opium which is located between the USA and Mexico. Opium also holds the cure for the world’s ecological devastation. With the borders closed upon El Patron’s death, the stockpile of drugs has grown huge and the rest of the world is clamoring for their drugs. Can Matt outwit the other drug lords who want to take over his country? Can he find a way to fulfil his dreams of stopping the drug trade and returning to food crops, and of returning the microchipped robotic ejits to their original human condition?
~ Sue
Posted by The Librarians at 2:10 PM No comments:

By J. K. Rowling, published under the pseudonym Robert Galbraith

Private Investigator Cormoran Strike is living out of his shabby London office after a feud with his wealthy girlfriend. Penniless, a new, hard-working temp named Robin appears on his doorstep. Strike's luck continues to improve  when a childhood acquaintance hires him to investigate his supermodel sister's apparent suicide. With money in his pocket, Strike finds himself unraveling the twisted life of Lula Landry and her drug-addicted social circle, dysfunctional family, and troubled birth mother.

An unlikely pair, Strike and Robin turn out to be a capable team.This mystery is well-written and unpredictable.


Posted by The Librarians at 5:12 PM No comments: