Juliet Cole witnesses her husband’s murder and believes it is a random shooting. Telling her young sons about their Dad is one of the hardest things she has ever had to do. Then she listens to her husband’s voicemail . Was this shooting planned?


This starts her search for the truth. As she and her family do their own research the news gets worse and worse. Now she realizes that her children are in danger. Who was this man she was married to for fifteen years? Was everything she believed about him and their life together a lie?

~ Dixie
Posted by The Librarians at 1:09 PM No comments:

Love this author's name! She is a well-known, award-winning author of young adult fiction and has written a couple of novels about adults. Attachments takes place in late 1999 at a newspaper headquarters in Nebraska. The main characters, Jennifer and Beth, work as a copy editor and movie reviewer, respectively. Though they know their emails are being monitored by their publisher, they persist in carrying on personal email conversations. Lincoln, who still lives at home with mom and can't seem to kick-start his post-college life, is a new hire whose job is to read the employees email and warn them when the email is used inappropriately. Over the course of months, Lincoln can't stop himself from reading the exchanges between Jennifer and Beth and begins to fall in love with Beth, whom he's never seen. This is such a sweet story with excellent character development. I liked all three characters and the plot was well-paced and almost believable. A fun read!

Posted by The Librarians at 3:38 PM No comments:

The story opens with Bea's 8th grade report card. She got straight A's...actually straight S's for "Surpasses Excellence" in her preppy Seattle girls' school. As a reward for her good grades, Bea's parents, Bernadette and Elgin, have promised her whatever she wants. She chooses a family trip to Antarctica at Christmas time.


Bernadette Fox is a wife and mother with huge anxiety issues. It had become so bad that she hired an offshore virtual assistant to handle her every day interactions in order to avoid contact with the outside world. Bernadette was a world-renowned architect 20 years before who (after facing several personal tragedies) went into hiding.

Her husband Elgin is a high-level Microsoft engineer who worries about her sanity after many "mishaps". And then, Bernadette disappears....

The author wrote for the television series "Mad About You" and "Arrested Development". You can sense her wry sense of humor in this book.

Bernadette pokes fun at helicopter Moms, the city of Seattle, Canadians, yuppies and environmentalists. It is written from Bernadette's point of view, but it is really Bea's story. The reader will have you laughing out loud in this hilarious & heartwarming story.

~ Paula
Posted by The Librarians at 3:59 PM No comments:

The second book in the Lunar Chronicles
By Marissa Meyer 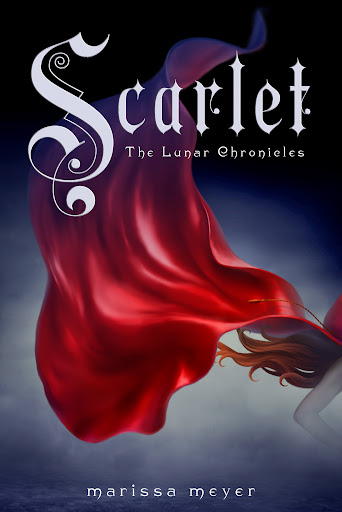 Very good book, my favorite in the series so far. A bit slow to get in to at first, but once you're in you're hooked!

~ Crystal
Posted by The Librarians at 4:31 PM No comments:

A Long Way Down 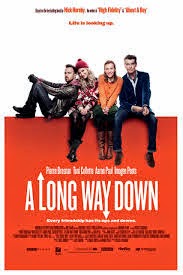 The plot is simple enough.  Four people contemplate jumping from a London high-rise on New Year's Eve.  As they talk each out of it, they realize that they might be able to help each other. This surrogate family couldn't be more different.  As they bumble along, they help each other in the most amusing, dysfunctional and caring ways.

I read the book "A Long Way Down" by Nick Hornby years ago.  The movie, released last week on DVD is just as good.  It is witty, funny and downright sweet at times.

-Holly
Posted by The Librarians at 11:37 AM No comments: