Detective Mike Chapman is met with his toughest case yet. His girlfriend is kidnapped and he can’t sleep or think of anything but finding Alex Cooper. At first he thinks the abduction is due a case she has prosecuted in the past, and then he realizes that she has been abducted for a totally different reason. Listen to this book on CD or you can enjoy it in print, I think you will find it intriguing and have you on the edge of your seat.

The Owl Who Liked Sitting on Caesar


Martin Windrow’s older brother and his wife own a farm in the countryside of England near the town of Kent called Water Farm.  His brother is a falconer and his wife has a pet owl that she keeps in the house.  After an extended visit to his brother’s farm, Martin couldn’t resist the desire to have an owl of his own.  His first attempt ended with his owl flying away from the ‘bird sitter’ when Martin was out of town.  His second attempt was a fifteen year success story.  What a delightful book!  This type of relationship with a wild bird is every child’s dream (and mine).  This book is very eye opening regarding what life would be like with a wild bird.  Some aspects are life changing and wonderful and some are a bit disgusting.  It is very obvious that Martin felt that the wonderful aspects far outweighed the less wonderful.  Fiction is fun but a true story such as this tops any imaginary story.

~Beckie
Posted by The Librarians at 2:29 PM No comments: 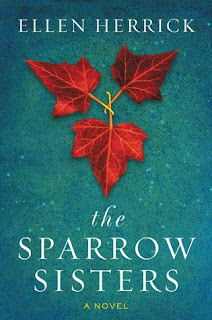 When Henry Carlyle, the new young doctor, moves to a tiny seaside town, he catches everyone's attention in the tight-knit community--including that of Patience Sparrow, local healer, who runs a garden and nursery with her sisters, Sorrel and Nettie. Patience has a knack for knowing just what people need, whether it be an herb or tincture, or just a good chat, and her moods are revealed through the mystical scents of her garden that seem to follow her around. Just as the two most skilled at mending people begin to grow closer, a tragedy and an accusation against Patience stir up the townsfolk and lead to a legal battle that will reveal where loyalties truly lie. The fears that threaten to tear the town apart--both literally and figuratively--may actually bring everyone closer together. Written with a touch of magical realism, this first novel from Ellen Herrick is rightly called in a review "a haunting, magical, modern-day fairytale. A feast for the senses."


~Kaleena
Posted by The Librarians at 1:49 PM No comments:

Birding for the Curious: the easiest way for anyone to explore the incredible world of birds 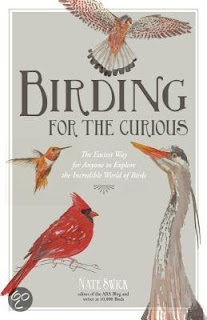 Written by an editor for the American Birding Association blog, this entry level birding manual focuses on the fundamentals of bird-watching.  Chapters discuss which guides are best, how to buy binoculars, birding with friends,  how to ID birds, and attract birds to your backyard.   Nate is very informed.  His ability to condense information is invaluable to the beginner birder.

If you want to try a new hobby, this book is a great place to start.  It would also make a nice Christmas gift for that family member that has everything.

-Holly
Posted by The Librarians at 1:47 PM No comments:

TV Mini-Series based on the book by P.D. James

It is October 1803, the eve of a ball hosted by Mr. and Mrs. Fitzwilliam Darcy. On their way to the ball late that evening an argument breaks out between George Wickham and Captain Denny in the carriage, with Wickham's wife (and Elizabeth's sister), Lydia, also present. The two leave the carriage in anger and disappear into the woodland, where two gunshots are heard. Upon hearing the news, Darcy sends out a search party and Wickham is found distraught and hysterical holding Denny's body, blaming himself for his murder.

We get to see most of the major characters from Pride and Prejudice once again and see how they all weather through this murder trial and how it effects their lives.

~Crystal
Posted by The Librarians at 4:20 PM No comments:

The Hands on Home: a seasonal guide to cooking, preserving, and natural homekeeping 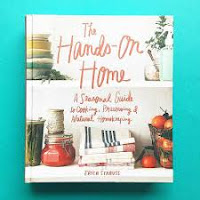 This book, written by a famous blogger,  is an ingenious book that everyone should own.  It is chock full of recipes and advice that could make the most reluctant housekeeper confident and frugal.

The recipes cover everything from homemade ricotta to rhubarb syrup.  The homemade cleaners include Greasy Grime Spray and Fizzy Bath Bombs.   Erica Strauss is an intrepid domestic.  Check this book out for inspiration.

-Holly
Posted by The Librarians at 11:40 AM No comments: 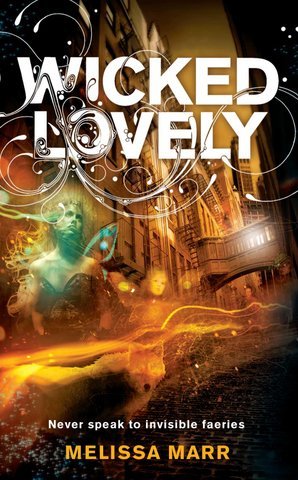 Aislinn has always seen faeries. Powerful and dangerous, they walk hidden in the mortal world. Aislinn fears their cruelty and wishes she were as blind to their presence as other teens. Now faeries are stalking her. One of them, Keenan, who is equal parts terrifying and alluring, is trying to talk to her, asking questions Aislinn is afraid to answer. Suddenly none of the rules that have kept Aislinn safe are working anymore, and everything is on the line: her freedom; her best friend, Seth; her life; everything.

~Crystal
Posted by The Librarians at 9:12 AM No comments: