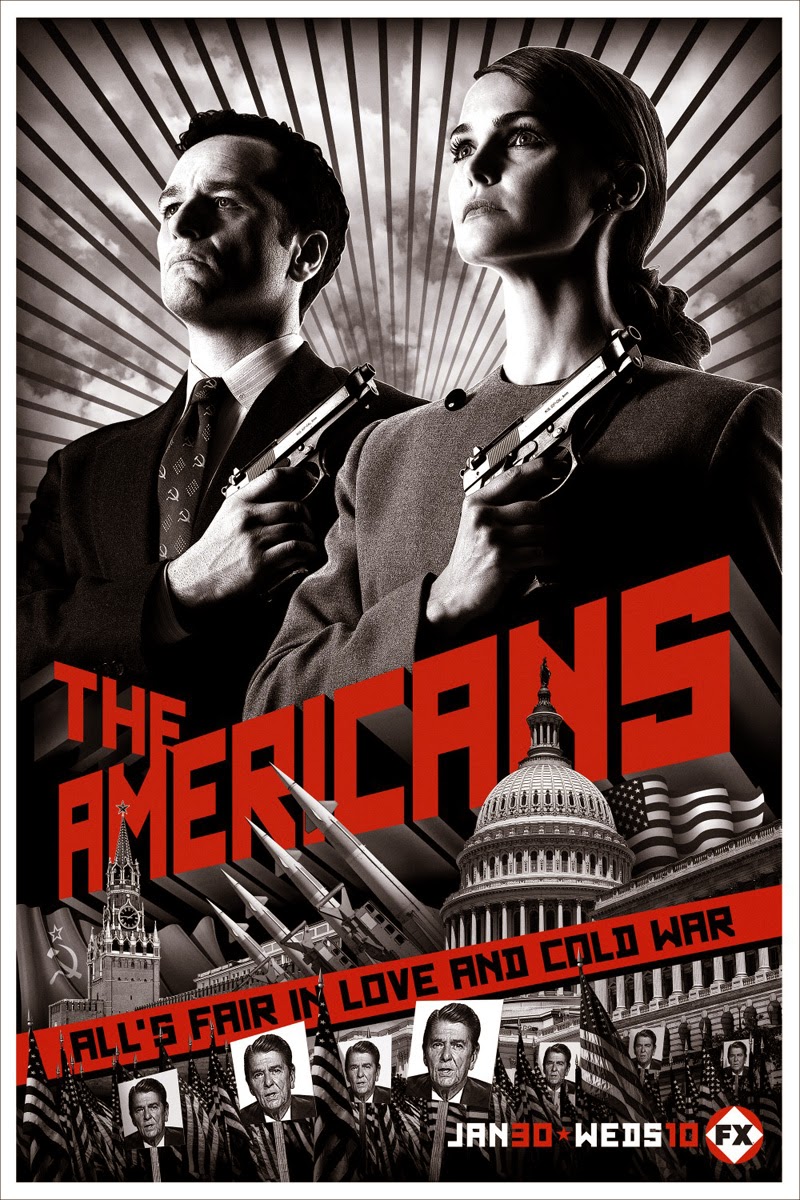 The Americans
Series 1 on DVD

Set in 1981 in Washington DC, "The Americans" is a thrilling new TV series from FX.   Elizabeth and Philip Jennings are high level Soviet spies who appear to be normal residents of their middle class neighborhood.  Their cover is so discreet that their school age kids don't even know that they are Russian immigrants.

Created by Joe Weisberg, a former CIA officer, the series depicts plot lines that are based on real events.  The heroes are actually enemies and the story lines are always compelling.  Kerry Russell is fun to watch as a pint sized spy who is a highly trained assassin.

I absolutely loved watching "The Americans".  From the disguises to the period detail from the 1980's, I was hooked.  I can't wait until the second series is available.  If you enjoy reading spy novels and international thrillers, this series is for you.