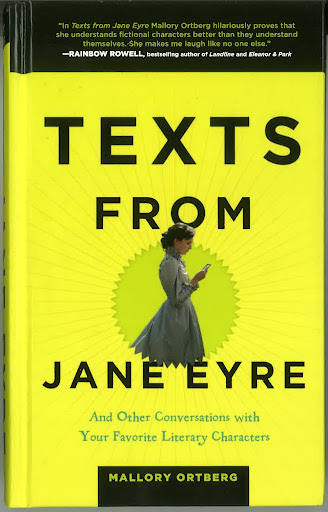 A fast funny read featuring tongue-in-cheek "texts" from some of the most well-known authors in history (Plato, Jane Eyre, Rudyard Kipling, just to name a few) as well as fictional characters (Harry Potter, American Girls, and the cast of Gone with the Wind). A few of my favorite texts in this book come from Moby Dick, Edgar Allan Poe, and the Hunger Games cast of characters.

Dozens of literary characters are featured. You can read straight through or choose the characters that interest you from the table of contents.


Author Ortberg has gained fame as a writer for New York magazine, The Atlantic, and as co-editor of "The Toast" website. Visit it for more texts, thoughts on feminism, and book humor.