To See You Again: A True Story of Love in a Time of War 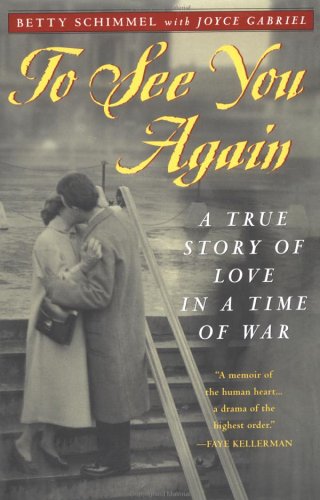 As children in 1939, Betty and Richie met in Budapest. As teenagers, they fell in love during WWII. Their love was so strong they believed it could survive even a world war and the terror of Hitler. When the two are separated by the Nazis, Betty vows she will find Richie someday. Betty and her family endure a forced march, life in a concentration camp, deplorable conditions and finally liberation. (In my opinion, it is doubtful that anyone in her family would have survived without the strength and determination of her mother.) After the Liberation, Betty finds Richie’s name on a list as dead but cannot accept it. She feels pressured into a marriage to an Auschwitz survivor, but she never forgets her love for Richie. In fact, before she marries she tells her husband to be that she cannot fully return his love and asks for release from the marriage if she ever finds Richie. He agrees. They marry and have three children together. Then in 1975, Betty and her daughter travel to Budapest and miraculously she recognizes her first love.