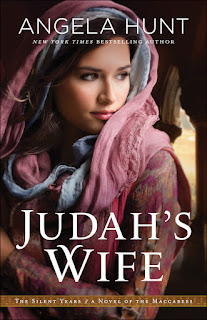 By Angela Hunt
Another winner in Angela Hunt’s historical fiction. This first book in her new series The Silent Years is set a half century before the birth of Christ. Leah has a desperately hard childhood and when she marries Judah she is anticipating a peaceful life. The nation Judah is named after is conquered by a cruel king who makes it illegal for Jews to follow the law of Moses. Judah’s father refuses to comply and it costs him his life. As he is dying, he commands his son to take up the sword and fight for the nation of Israel. Leah, who hates violence, struggles to come to terms with the war that her husband and his family accept as necessary to preserve their way of life and their nation.