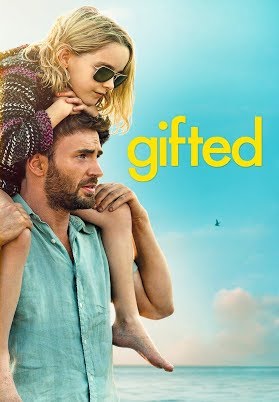 This movie never was a huge hit the theaters but I think you might want to check it out. Frank Adler is raising his seven-year-old niece Mary who happens to be a math genius. He has enrolled her in first grade in attempts to give her a normal childhood, something her math genius mother never had thanks to her overzealous mother Evelyn. Because her math abilities are discovered by her first grade teacher soon after starting school (and probably because she was enrolled in school) her grandmother shows up wanting custody of Mary. Evelyn thinks that Mary would be better off back to Boston where she could have the best education possible. She wants to take Mary away from Frank and the only life she has ever known.

~Beckie
Posted by The Librarians at 9:00 AM